a rather amusing poster 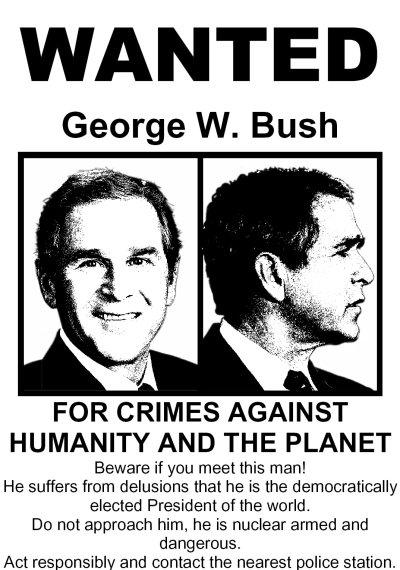 came across this while browsing around, now i'm wondering how fast the secret service would be on my ass if i started posting them around campus...
tags:

link
what a great picture...
tags:

just more reasons to hate the fcc and the human race...

link
so in a recent study, it was found that excluding the complaints about janet jackson during the super bowl, 99.9 percent of indecency complaints lodged with the fcc, some 523k, were submitted by a single group, the parents television council or ptc. it's a sad statement in general that these people have this much time on their hands, but more disturbing is that this tiny minority of people is effectively censoring the rest of us. the fcc is usually only prompted to act by complaints, and thus these crackheads are controlling what the rest of us see.
tags: