link
while watching penguins games on fox sports ny the past two nights, i have seen a net neutrality commercial that i'm actually surprised i haven't found any mention of on the internet. it starts out looking like an election style attack ad. it then goes on to talk about how net neutrality is a bunch of "googly" words that "you" don't understand. it then goes on to say that net neutrality will make "you" pay for what big companies are doing. i can't believe someone is ballsy enough to make and put this commercial on the air. the telcomm companies are already getting paid twice, on the in and on the out. they want companies like google to pay more to ensure a certain level of service. of course, google already has this level of service, so what they are really saying is "give us more money or we'll start intentionally degrading your service."

my best analogy for net neutrality is that currently the internet is like 95 in delaware. you pay to get in, and you pay to get out, and what happens in between is out of your control. what the telcomm companies want to do is make you pay to get in, pay to drive more than 5 miles/hour while in the state, and then pay to get out as well. what's scary is that there's no way google's going to run a counter ad, so this is all "normal" people are going to hear about this.

what's funny is that the telcomms think that google needs their customers more than their customers need google. all it would take to break the telcomm's will would be google putting an announcement up on their site whenever one of those companies' customers hit their site. "your internet provider is forcing your access to google to be slower and less reliable than it was last week. contact their customer support here: 555-555-5555" and the call center would explode. i know that the internet, left to it's own devices, will keep this from happening. my concern is people like senator stevens getting involved with the telcomm's telling him that google is clogging the tubes. 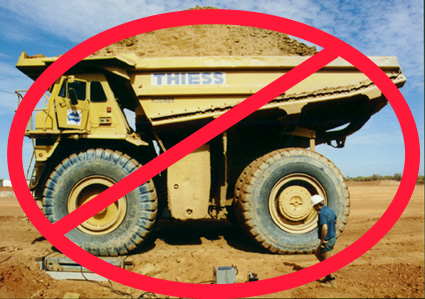 his analogy was a little off in the telcomm's eyes they probably thought it should have looked more like this: 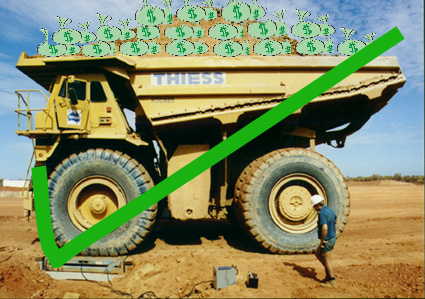